Storm holds on, for one run Victory against the Devils

After the rain cleared and the field started to dry out both teams were ready to go, only problem was the Umpires decided not to show up. No problem though, it was decided that both teams would umpire the game. Which resulted in a close, low scoring game with a couple of close calls but no controversy. The Storm had a six nothing lead going into the bottom of the 7th when the Devils roared back with five runs thanks to a two and three run Homerun. Make the final 6 - 5.
at 6:29 AM No comments:

Dave (aka Benny Hill) had a great night both in the field and especially at the plate. In the first inning he came up to bat with the bases loaded, with one swing of the bat the bases were clear, and Dave had 4 RBI's. It was a solid double that he tried to turn into a triple because he's Benny Hill after all. This paid off as the ball got away from the third baseman so he kept running and beat the play at the plate. Since errors don't count against our batters Dave got himself Grand Slam HR. As if one wasn't enough in the bottom of the second inning Dave is up to bat with the bases loaded yet again, so Dave shows everyone that he can hit it out of the park as well with a nice shot over the right field fence. Those two grand slams along with some good defence allowed the Storm to defeat the Rebels by a score of 14 - 8.
at 7:14 AM No comments:

It was a well played game with only one award being handed out. Ron was the starting pitcher who did well but decided to pull himself after one inning. That sets the stage for Danny who pitched 6 fantastic innings surrendering only 7 runs with 4 of those being unearned. Bat's did pretty well as the Storm had 2 Triples, 4 Doubles in a 26 hit attack.
at 6:08 AM No comments:

POS comes up with a championship on their first try

Considering that the team was put together in a week and the wet weather they dealt with on Saturday, POS had a great showing in the SPO Eastern Ontario Championships in Oshawa this weekend. With a perfect record of 6 and 0, POS represented the WMSPL extremely well. Round robin games against The Misfits, then the NY Generals, plus a default win on Saturday, put them in 1st place going into the playoff rounds. First up in the quarters were The Badgers who were disposed of by a 9 to 4 final. In the semis, POS faced the NY Generals again, this time around POS pulled out a 13 to 9 victory. That win sent POS to the finals, where they faced a local Oshawa team with a very familiar name: Sluggers N' Chuggers. It was a very close game until the 5th inning, when POS got their bats going and batted around scoring 6 runs in the process. Make the final 13 to 9 with the TSN turning point being Joey's double play in the 5th inning. Four teams from the WMSPL were represented on the POS team: Greenthumb/Woodland, Signage Source Storm, Attractions, and Bradley Motors Shifters. Of the 12 players on POS, most play or have played in the WMSPL. The roster consisted of coach Wayne Cosby, Manager Todd Boisvett, our pitcher Dave Hatt, and players Scott Chislett, Paul Power, Bob Barron, George Douma, Joey Pilkey, Lance Groskopf, Bob Peppler, Jeff Hutchinson, Jeremy Gardiner and Reg Eldridge.
at 8:29 PM No comments:

Mother Nature beats both Greenthumb and the Storm

Everyone was ready to go, but the rain would not let up, with rivers starting to form in both dugouts. It was decided that we would wait and play on a better night, rather than have someone get injured.
at 9:56 PM No comments: 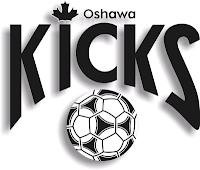 As most of you know my Daughter Jordan is playing Rep soccer this year. As part of the fundraising, they are holding a raffle. I only bring this to your attention because the prizes available are pretty good. I will bring some tickets with me to the next couple of games if anyone is interested. Click for more information.
at 8:47 PM No comments:

Email ThisBlogThis!Share to TwitterShare to FacebookShare to Pinterest
Labels: General

Storm slams their way to a 20 to 8 Victory

With the help of 2 grand slams and another great night at the plate for the Storm we managed to power our way past the Falcons. Al's third multi Home Run game and 6 Rbi's helped the Storm overcome our defensive shortcomings. Thankfully most of our errors didn't comeback and hurt us to much. It was also the 2009 pitching debut of our lefty Ron, who managed to get though his two innings of work with only two pitches I bet he would want back. With the light show in right field and a steady and sometimes hard rain we did well last night for our 6th victory of the year. Fred you should have been there, but since you chickened out. The team voted last night and yes, your punishment will be another tailgate BBQ.
at 7:30 AM No comments:

The Storm was hitting at will last night and knocked out 32 hits two of them Home Runs by our juiced slugger Al. That makes 6 HR's in two games by Al. 3 guys hit 4 for 5 and Al went 5 for 5. All in all it was a great game both offensively and defensively. Matt now has his picture permently placed under the definition of the Buckner Award. The Can of Corn reared it's ugly head in the 7th inning, Thanks Mike, but he made a nice recovery and managed to get an out.
at 12:20 AM No comments:

In what can only be described as a home run hitting demonstration, Al with his 4 HR's and 8 RBI's was the difference in the win over Direct Elevator. Like many of the past few games, it was a back and forth game that stayed close throughout. For the most part it was a well played game with quite a few well placed hits for both teams.
at 7:53 AM No comments:

It was a back and forth affair last night, but in the end it was a draw against Greenthumb. A few miscues and a few timely hits contributed greatly in the result. All in all we did well to not give up and get the lead back in the 7th inning.
at 6:31 AM No comments: