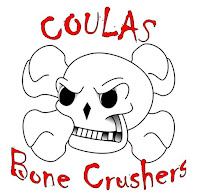 It was looking like the streak was going to come to an end as going into the bottom of the fifth inning Storm was down 16-4.  The bats woke up however as James started off the inning with a hans solo shot to left field.  With two more on Kenny hit a 2 run double and then Joey capped it off with a 2 run shot.

With time becoming the enemy Mike knuckled down and pitched a quick scoreless top of the 6th.  In the bottom of the inning Storm would add 6 more runs making it 16-16.

Mike pitched a 3 up 3 down 7th and the sticks got back out there for the bottom of the inning with only a few minutes left in the game.  Brad got it started with a single, Mike singled as well and Kevin got up to the plate with seconds left before the game would be called due to time.  He didn't waste any time deposited a pitch to deep left center for the walk off win.

Email ThisBlogThis!Share to TwitterShare to FacebookShare to Pinterest
Labels: Coulas, Scores, The Streak

We all got to sneak out before our fathers day dinners to play what would be a memorable game.

The scoring was close at the start with the runs coming from an opposite field 2 run blast from Joey.  After feeling the heat from the team for wasting a homerun with only 1 baserunner he decided to make his next one count with a 3 run bomb in the third inning.

Storm later added 3 runs in the 5th and 6 more in the 6th inning to put the game out of reach.

The damage was done this game by the top four of the order going a combined 12/13 with 13 RBI's.

Email ThisBlogThis!Share to TwitterShare to FacebookShare to Pinterest
Labels: Scores, The Streak, Xtreme

The rain-out game from Sunday June 14th has been re-scheduled to Friday July 10th at 9:30pm (Lance will be the beer guy)

Our Game on Canada Day has been re-scheduled to Tuesday August 25th at 9:30pm (AL will be the beer guy)
at 4:33 PM No comments:

Seven in a row!

It wasn't a great start for Storm as Bradley jumped out to a massive 12-1 lead after the first two innings.  It looked to be the end of the hot offensive bats as once through the order a ball barely made it out of the infield.

Storm started chipping back however.  In the 3rd inning the team got 5 runs and then another 4 runs in the fourth inning making it 12-10.  In the 5th inning the flood gates broke open.  A huge 12 run inning led by Al's 3 run bomb made it 22-13.  Another 6 in the next inning brought to you by Joey "pad the stats" Pilkey with a grand slam.

That's a 27-1 run after being down going into the 3rd inning.

A great win as the team never lost their composure after being down early.  The bats were smart by hitting singles and waiting to use their homeruns in timely situations.  Al/Mike pitched well and the defence did their jobs well.

Primetime matchup turns into a rout 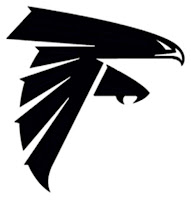 It was an exciting matchup between two of the teams at the top of the Presidents division.

Mike started the game off well for the Storm. Pitching with some great defence behind him he held the Falcons to only four runs after the first three innings.

The Storm bats on the other hand came alive early.  The first three batters got on base for Joey who deposited a pitch deep over the fence for a grand slam.

The bats only got hotter from there.  Storm scored in every inning and ended the night with 8 and 9 run innings.  Every player in the lineup scored at least one run.

The team is now 9-1 and are rolling on a 6 game winning streak.

Email ThisBlogThis!Share to TwitterShare to FacebookShare to Pinterest
Labels: Falcons, Scores, The Streak

It was another big hitting night top to bottom as once again Storm piled on the runs early.

After a 7 run first inning and adding 3 more in the second Joey decided this wasn't enough of a cushion. In what is quickly becoming a trend he refused to take his foot off the gas and smoked one over the right field wall to put the team up 13-1.

The defence played great and Mike pitched a fantastic game with Al closing it out.

Email ThisBlogThis!Share to TwitterShare to FacebookShare to Pinterest
Labels: Mayhem, Scores, The Streak

Touch 'em all, Joe! ... You'll never hit a homerun that makes you look like more of a dick.

It was a not very close game against a short-handed Xtreme squad, but Joey did his best to make it memorable.

With the score 21-2, Joey led off the 4th inning with a Han Solo moon shot off of the right field foul pole. The lengthy homerun trot (he claims because he wasn't sure if it was fair or foul) led to jeering from fans and players from both teams.

Joey's next at bat came in the 5th inning. The score at the time was 24-5. The bases were loaded. Joey smashed an "accidental" grand slam past the track beyond the fence in right.

Let's just say it was not well received.

A post game comment from Joey: "I think I still have a chance to be league most sportsmanlike player this year."
at 9:52 AM No comments: