Storm bounced back from the Bradley defeat in a big way. Storm scored more runs in the first inning than they did in the entire Bradley game. The second inning the Devils contained the Storm offense, but then Storm exploded in the third for eight runs, and shut it down going station to station the rest of the game.
Storm’s defense was strong all game, even in the final inning when the infielders and outfielders flipped positions. Storm went on to a 29-1 victory.
HR: Joey 2 (27), Lance (13)


Up Next: Storm plays Surge (for real this time). If Storm wins, they will finish with the same winning percentage in four out of five seasons. Also, Joey is in pursuit of the league home run crown (currently tied with Derek Ackford of Xtreme).

Storm’s struggles against Bradley continued on a hot late afternoon in August. Storm’s defense played very well. Lance made a nice grab in the outfield and then a nice pick-up on a hard grounder at third. James, Duran, and Mike all also made nice outfield catches. Ironically, possibly the two best Storm defensive plays were made by Storm catchers for Bradley. Dave made a nice stretch in the 1st inning to complete a 3rd to home double play for Bradley, and Jeff made a nice stretch at home in the fifth to catch Kenny at home. This may have been the key play of the game as the score was 7-5 at the moment, and Kenny’s run would have brought Storm to within one with a runner on 2nd, but instead the inning came to an end.

The real problem for Storm was the bats. The umpire said, “I’ve never seen you guys hit this poorly.” Storm seems to have trouble against Bradley’s pitcher, and the defense was solid as the 3rd basemen and shortstop made some nice plays. Storm only managed to get five runs, which must be a season low (though I didn’t actually look at every score to verify this). Storm also only managed 12 hits, which is fewer hits than they usually score runs. Only Al seemed to have no trouble as he hit a three run blast (his 8th homer of the season) and added another RBI later for a 4RBI night. He accounted for 80% of Storm’s offense.

Up Next: Storm tries to rebound against Surge who is fighting with Bradley for 6th place overall.

Storm played a great game all around again Monday against Greenthumb. They put up 3 runs in the 1st and never gave up that lead. It stayed close through the 2nd as the score was 5-4, but in the top of the 3rd, Storm exploded for 8 runs and never looked back.

Bob knocked out two home runs and added a single and double to end up a triple shy of the cycle/ He argued for it vigorously, through obstruction, but he still would have needed the double had that hit gone for the triple. He did bring his home run total to 10.

Lance homered for his fourth time in five games, bringing his season total to 12.

Joey knocked his 25th home run, bringing him within one of the lead league.

Jeff is head over heels for his new daughter, and decided to show it literally by toppling head over heels while beating out an infield grounder on route to a 5 for 5 night.

Up Next:
Storm tries to get the monkey off its back by beating Bradley, the one team that has consistently beaten them over the last two seasons.

Storm got off to a great start against Hanet. In the top of the first Al hit an outfield assisted home run to get Storm up 3-0. Then, in the second, Storm managed to find a number of holes and put up four more runs to take a 7-0 lead. After that the Storm bats struggled. Storm had 10 consecutive batters record outs, and 11 out of 12 before generating one more run in the top of the 6th.

The real story of the night was Storm pitching and defense. Mike and Al were on their game, and the defense was spectacular. Storm infield gobbled up just about everything hit on the ground (though Brad often made the play harder than it had to be before recording the outs!), and the outfielders were like gazelles covering ground in the outfield. This is the type of defense Storm needs to play.

Up Next: Storm plays Greenthumb, who are currently battling for 10th place with Coulas.

The Rebels got off to a great start in the first inning. Everything they hit seemed to find green space either between infielders or in front of outfielders. They gave themselves an 8 run lead before Storm even batted. Storm was not, however, deflated. They answered with 3 in the bottom of the first, held off the Rebels in the 2nd, and tied the game in the bottom of the 2nd.  From there on it was pretty much all Storm as they sailed to a 19-11 victory.

Game Highlights:
Duran was one hit shy of the cycle. After getting a single double and triple, he grounded into a fielder’s choice.

Storm plays Hanet, who forfeited last time these two teams were supposed to face each other.

Photo Finish:
While Storm is virtually guaranteed a 2nd place finish in the overall standings (and 1st in the President’s division), there are a lot of individual records up for grabs in the last 5 games:

Hits – Bob and Duran go into the final five games separated by one hit. Unfortunately for Duran, a trip to Newfoundland probably takes him out of this race unless Bob struggles.

Doubles – Lance, Duran, and Bob are all one double apart going into the final five games

Runs – Duran is only three runs ahead of Bob, and with two games to miss coming up, he is giving Bob a chance to pass him.

Strikeouts – Kenny and Chris are headed into a photo finish for strikeouts separated by only 1 K!

Storm got off to a flying start as Duran hit a triple to right field and was allowed to score on an overthrow at third base, followed up by a two run shot to left field by Lance. Unfortunately, in the bottom of the 1st the Storm defense had a few issues and allowed the Falcons to score 6 runs, and most if not all were unearned. The defense filled up the cracks and played well for the rest of the game, allowing the Falcon's only two runs in the 3rd and throwing up donuts in the other five innings. Storm had a chance in the top of the 6th with the bases loaded and one out, but back to back infield pop flies ended the inning with the Storm only able to score the tying run. Storm went down in order in the 7th and had to settle for a tie against the Falcons.

Up Next: Storm tries to sweep the season series against the Rebels

Storm had an off-night against Xtreme. There were a few physical errors and a costly mental error that allowed Xtreme to get up early, and the Storm bats were not performing at their best. After falling behind 16-3 Storm made a valiant attempt to come back, and played well in the 2nd half of the game. They were able to bring the score to 20-15, but unfortunately, time ran out with Joey about to step up to the plate.

Moments that Mattered:
Top 2nd – After Larry hit a ball that got past Brian, Brad made a great play to field it, but Jeff was too busy spectating and forgot to cover 1st base. Had he remembered how slow Larry is, he probably could have still beaten Larry to the base, but didn’t. This would have recorded the final out of the inning, and kept Xtreme scoreless and kept the game at 5-3. Instead, they went on to score three and take an 8-3 lead.

Top 4th – Xtreme really teed off and scored 8 runs in the inning.

Bottom of 4th – Storm puts up five runs to keep themselves (somewhat) in the game.

Bottom 6th – After jumping and tipping a ball that may or may not have gone over the fence anyway for Lance, Derek Ackford made an incredible leaping catch to stop a ball that definitely would have gone over for a three-run home run for Brad. Still, Storm scores six (would have been 8[one of the runs Brad would have driven home on his home run scored anyway]) and comes within striking distance

Bottom 7th – With two outs and Joey coming to the plate, time runs out.

Inconsistent Early innings:
Storm is 2-2 in its last four games. There is a rather large discrepancy in early inning output between the wins and losses. In the two wins, Storm scored 12 and 15 runs in the first three innings, averaging 4.5 runs per inning. In the two losses, Storm scored 0 and 3 runs respectively averaging 0.5 runs per inning. Clearly Storm needs to come out of the gate a little stronger if they want to get back to their winning ways.

Next Up:
Storm tries to avoid losing 3 out of 4 when facing the Falcons. The Falcons are currently 2ns in the President’s Division and 3rd overall with an 18-10-2 record. It is the final meeting of the season between the two teams, and will also act as the rubber match as the season series is tied at 1-1-1. 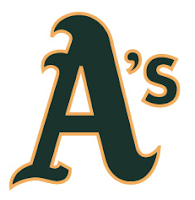 Storm started strong against the A’s jumping out to a 10-2 lead after the first two innings; however, the A’s scored 14 runs across two innings, and at the end of the 4th it was a two-run game again. Storm took a three run lead into the top of the 6th and, after making the decision to walk Tony who had already hit two monster home runs in the game, Manos hit a grand slam to put the A’s up by one. In the bottom half of the inning, Kevin, Kenny, Brad and James got consecutive hits to put Storm up by one. The entire inning was played under controversy surrounding time limit rules, and often much spirited discussion, the umpire called the game mid-pitch. Storm held on for a 21-20 victory.

Moments that Mattered:
Storm jumps out to a 6 run first
A’s score 14 runs in the 3rd and 4th.
Manos hits a game leading grand slam in the 6th for the A’s.
Storm gets four consecutive hits to win the game in the bottom of the 6th.