Game 1 - In which Duran returns in heartstopping fashion

Storm saw the return of two players for the first time since covid, with Duran coming off the IL and Greg coming back from… I don’t actually know why Greg missed the first two nights. Duran had been told it would be months before he could play competitive sports, but apparently softball doesn’t count and he was able to return just a few weeks later.

His presence was felt immediately. He was apparently jealous of Craig and Bob hitting solo home runs, so in his first at bat he effortlessly knocked a ball over the right field fence. That would be Storm’s only run in the first. In the second, Rene led things off with a walk, which is good because he still can’t run. Leadoff walks always come back to haunt the pitcher, and Storm was able to put up three runs in the inning. The bottom of the third saw Broadway put up the max six, and after three, it was a too close for comfort 9-7.

Duran hit his second solo home run in the fourth. This time it was a line drive, and really, Duran’s solo home runs are Jeff’s fault. He should have been on base. Again, the solo home run was the only run of the inning.

Storm put up three in the fifth and then had a solid sixth as they put up six led by home runs from Bob and Lance. Storm kept Broadway off the board in the fourth through sixth innings and took a 19-7 lead into the final frame.

Storm exploded in the seventh stringing together a triple and back to back doubles to start the inning. It should be noted that one of these doubles was Duran running hard and turning what would normally be a single into a double. But he apparently only had enough energy for that run, because he only made it from second to third on Bob’s double. Storm would end up scoring 12 runs on 15 hits in the inning.

Duran and Bob missed the triple.

After playing a strong first game, Storm started the second game well. Storm put up two runs in the first, and six in the second, while holding Broadway to one run in those innings. In the top of the third, Broadway mercied Storm to bring the score to 8-7. In the bottom of the third, Storm added four more runs to take a 12-7 lead. In the top of the fourth, Broadway threatened, with two on and two strong hitters coming up. Jeff walked Gord, who had hit a home run in his previous at bat, and got the pop up needed. It looked like the inning would end as Greg tracked the ball and made it through the swamp to get to the ball. The ball was actually in his glove for a second, before the swamp pulled Greg’s legs out from under him and he came down and the ball came loose. Broadway scored three, but Storm still had a 12-10 lead.

Unfortunately, Storm stopped hitting. In the bottom of the fourth, Duran got a leadoff single, but the next three batters all got out. In the top of the fifth, Broadway scored six, taking a 16-12 lead. Storm was blanked again in the fifth, but Al and the Storm defense only gave up one run in the top of the sixth meaning Storm faced a manageable five run deficit.

In the sixth inning they were playing against both Broadway and the clock. The first two batters got out, and things weren’t looking good. Jeff singled to left. Duran and Bob followed with singles of their own, and Craig got a double. Storm had scored two and had two on with Joey coming up representing the tying run. It was as if it had been scripted for a film. A two out rally leading to the face of the Storm franchise for the comeback. Joey took the first pitch for a strike, then knocked the second pitch well foul down the right field line. With two strikes Joey launched the next pitch a mile high, and for a second it looked like the game would be tied, but the ball sailed wide right, I mean foul. Mighty Joey had struck out.

The game wasn’t over yet! Storm needed three quick outs and then three quick runs. They had eight minutes. Unfortunately, Storm couldn’t get three quick outs, and actually gave back the two runs they had scored in the bottom of the sixth.

This marked another second game of a doubleheader where Storm simply ran out of steam. This was better, though. Storm led through four. Now they just have to get a few more good innings in. 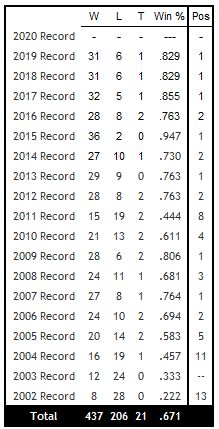